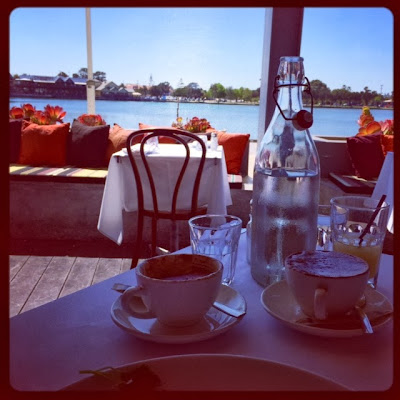 So recently we had our first family holiday. A coupon deal came up and we grabbed a one night stay at a 4.5 star hotel at The Sebel in Mandurah, Perth. To many West Australians, Mandurah is a sleepy little place just on border of metro Western Australia. To us though, it was where we sneaked out for dates when we were in University and when hubby popped the question at the jetty 4.5 years ago. It seems fitting that we bring Asher there for his first night out of home.

Truth be told, it’s because we are “testing out” the waters of bringing Asher out overnight. We thought an hour away means we are far enough to do the testing, but close enough to return home if we get desperate. Thankfully, Asher adapted pretty well. I learned a few things in this short trip. 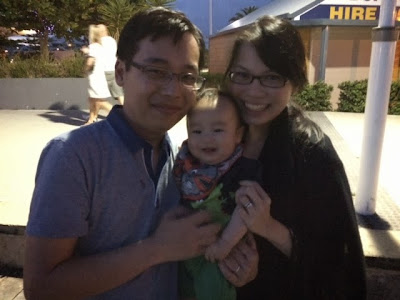 – It’s ok to bring more diapers. In this case, less is not more!
– I would choose to have Asher’s things in a separate bag next time if we are going for longer trips.
– Collect samples. I brought the samples on the trip for nappy cream, body wash, moisturiser and it worked a treat!
– Bring my baby carrier. I’m beginning to value my baby carrier more and more….
– Hubby and I had dinner at 6pm which is usually the start of Asher’s sleep routine, to counter a very cranky baby in a fancy restaurant, I feed him and managed to put him down for a nap.
– If we really want to have dinner out, make it 6pm and not later! Poor Ash was clearly tired at 7:30 even though he had a nap. 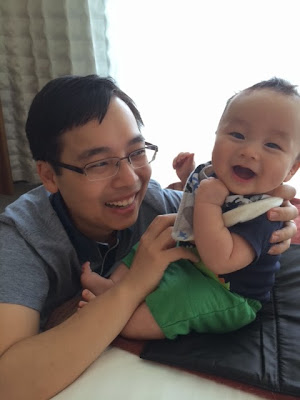 No doubt there will be more thoughts as we begin planning our travel back to SG/KL end of January. Any tips from experienced travellers? 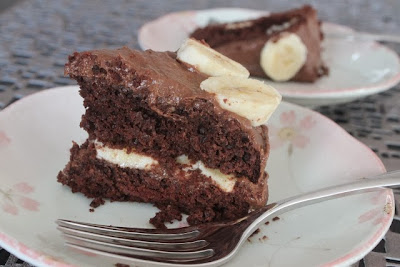 I’m a big fan of Teresa Cutter. It’s my go-to place for treats and other healthy meal ideas. She made healthy food looks AMAZING and so delicious. In fact, I don’t think I have ever had a bad batch of baking from her recipes before. This different sort of chocolate cake is not something I have not made before. Her one- bowl cake is delicious and really, I adapted her recipe to suit us but it’s basically the same.

What I think it’s different in this cake, is the Coconut Chocolate Ganache. Yup. It’s ganache made of coconut cream instead of normal cream. It makes so much sense actually to replace normal cream with coconut.  So handy as I almost always forget to buy cream but I usually have coconut milk or cream in my pantry. First it adds flavour, and 2nd it doesn’t leave me with the “I ate too much ganache” feeling. The 2nd point is dangerous though because it is tempting to polish off a bowl of the ganache. It’s still a treat and it still has chocolate in it. Best of all, my parents in law who does not like dairy loved it!

If you are looking for a christmas treat, this could be an idea! 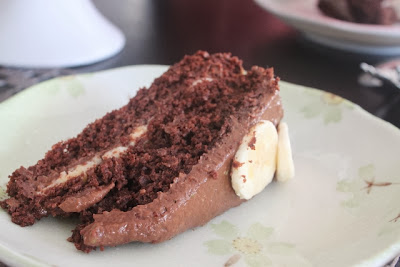 Heat cream gently. Break chocolate into cream and gently fold till it melts and turn glossy. Cool before placing on cake.